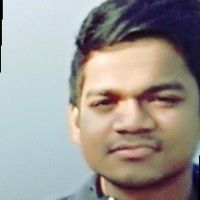 Invention upgrades human life and makes it more comfortable. As the patenting methods are getting easier day by day, many people are coming to patent their innovations. In the US, they register more than 2 million patents in a year. Patent officials say that almost everything is invented. This statement will be further proved when you will see the different Crazy patents done by companies.  Some of these will delight you while some of them are completely useless.

In this article, we will be looking at some of the craziest patents done by companies. If you are in the process of ideating any innovation these patents will also fuel your imagination and help you make unique ideation. The patents have come from companies like Apple, Amazon, Google, and many other tech companies. These patents will help you think out of the box. So without any further ado, let me talk about the various patents by the companies.

Here are some of the smart to crazy patents. A lot of them will actually lead you to think in a completely different way. These patents if successful will revolutionize their particular sector.

Amazon has designed a special kind of blimp-based delivery system. They would use this blimp-like drone to distribute Amazon packages. This drone operates in a unique way. It has many mini drones within it. When the delivery spot arrives, a number of mini-drones will come out carrying the goods with them and delivering them to their place. They will directly deliver it to the customer in case they are delivering it at a great event like a football match. This is a unique innovation that will redefine logistics and the supply chain of Amazon.

Motorola has patented a neck-based tattoo by which you can communicate to your phone. This is a temporary tattoo through which you can do all the functions in the phone. It can also be used as a lie detector. The tattoo has a mic and has a power source attached to it.

Apple is not only planning to design different iPhones and iPads. Apple has patented a smart bike. This smart bike has several features as it can communicate with other bikes. They can share things like speed, velocity distance traveled, heart rate, etc with the other bike.

Google in 2012 developed a unique technology called weather-triggered ads. In this Google will be able to detect the weather of a place and then go on to advertise suitable products immediately. This can be a great way to improve sales as they are selling those things which you need at that time.

Amazon has designed a special drone that can help search a child. This drone is voice-operated and acts as an aerial voice assistant. There are a series of special commands which help you to search for somebody. Apart from that, this has many other utilities as well. It can also be used by traffic police for recording details of any car.

It is a shared experience that when you go to a restaurant, every other friend has an excuse for not paying the money. At the end of the day, you end up paying the bill thinking that the rest of them will pay the money back. But sometimes they forget to pay you. So Google has come up with an innovative restaurant bill splitting software that splits the bill amongst your friends.

Microsoft has devised an Augmented Reality item finder that can help you find any missing item. This device keeps a track of the things which you are using. If you have forgotten some item which you were using then this device will help you find it back. They use the Microsoft Holo lens in this device and it identifies and records the items you are using. It also somewhat tracks its movement. Next, you lost something, it will tell you where you put that thing last and will take you to this place.

Apple has designed and patented a glass staircase that can be used in any restaurant and hotel. This is a very common architecture structure but Apple has its own modifications in it. They patented their spiral form of the glass staircase in 2013. This was a more improved version of the previous patent. It was first put up in their Shanghai store.

Amazon has patented a beehive-like Tower that can store and dispatch in a proper way. This is a very smart tower that can store items, sort strategically, and ship it. There are also drones that take the product and deliver them to their required destination.

Google has come up with comic-based social status sharing. In the olden days, we were sharing photos and videos of our present day. With the Google comic strip, we can share a cartoon that would tell about our current status. In this, the software would suggest an animation character that would be similar to the status you want to share. Now the user can also alter the comic and share it accordingly. Google patented this product in the year 2013.

These were some of the crazy patents done by companies. Hope you enjoyed reading through these unconventional inventions. As you must have also noticed that every innovation is very simple but the impact is huge. Now if you are also ideating something, you can definitely improve on it by taking ideas from here. Hope you are happy with the information you got from the article.

Which company has filed the most patents?

Sony, Qualcomm, Amazon and BOE Technology are some of the companies that have filed the most patents in 2020.

What is the most valuable patent of all time?

The patent for the telephone was the most valuable patent of all time.

Why are there so many weird tech patents?

Companies file for patents to keep your competitors from developing something more than a way to make sure that companies can develop the particular product.

Must have tools for startups - Recommended by StartupTalky

Get the latest insights delivered to you right in your inbox

Arijit Karan
I am an entrepreneur and had worked with various startups. With time, I have learned various entrepreneurship strategies and learnings and am experienced in various marketing strategies.

Get the latest insights directly to your inbox!
Latest posts

30 Startup Terms Every Entrepreneur and Startup Founder Should Know

How to Terminate Employee -Termination Guidelines

Everything You Need to Know about Unified Payments Interface (UPI)

30 Startup Terms Every Entrepreneur and Startup Founder Should Know

List of Startups Funded by Aman Gupta- The Most Entertaining Shark